Greg Mitchell moderated this policy briefing in the U.S. House of Representatives with former federal prosecutors

On July 8, the U.S. Justice Action Network joined partner organizations Right on Crime and the Faith and Freedom Coalition in hosting a policy briefing on Capitol Hill. Congressional staff listened to opening remarks from U.S. Rep. Jason Chaffetz and then heard from three former federal prosecutors and senior Justice Department officials who made the case for federal sentencing and corrections reform in 2016.

Larry Thompson, Brett Tolman and Matthew Orwig delivered a presentation that showed reform bills moving in both the House and the Senate will enhance the safety of our communities and those that protect them. They went on to urge Congress to put aside its partisan differences and seriously engage on the issue of criminal justice reform. 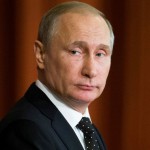 Why Americans Should Care About Attacks on Religious Liberty in Russia
RUSSIA: USCIRF Condemns Enactment of Anti-Terrorism Laws