The U.S. Justice Action Network with partner organizations Right on Crime and the Faith and Freedom Coalition hosted a briefing for Congressional staff featuring four former federal prosecutors and senior Justice Department officials who presented data demonstrating the need for federal sentencing and corrections reform. The data presented shows that the reform bills moving in both the House and the Senate will enhance the safety of our communities and those that protect them.

Larry D. Thompson, Former United States Deputy Attorney General and Former United States Attorney, Northern District of Georgia: “Thanks to the leadership of states like Georgia, measures such sentencing reform have been proven to save money, reduce the strain on our corrections system, and protect public safety. This is why earlier this year, I joined with more than 60 other former federal prosecutors and senior government officials to urge Senate leaders to pass S. 2123, the Sentencing Reform and Corrections Act of 2015. And this is why I continue to urge Congress to follow Georgia’s lead and enact laws that are both tough and smart on crime.”

Paul Cassell, Former Federal District Court Judge, District of Utah; Former Associate Deputy Attorney General, United States Department of Justice; and Former Assistant United States Attorney, District of Utah: “Being tough on crime is great public policy … up to a point.  Like anything else, there comes a point of a diminishing – and even negative – returns.  In several areas, federal judges are being forced to impose sentences that are far too long – at great financial cost to the taxpayers and credibility cost to a system that must be perceived as fair in order to work.”

Brett L. Tolman, Former United States Attorney, District of Utah; Former Member of the Attorney General’s Advisory Committee; and Former Assistant United States Attorney, District of Utah: “Failing to pass criminal justice reform will result in dire consequences in the federal system. Doing nothing is not an option when there are serious malfunctions in the federal criminal system and a looming budget crisis–each posing a significant threat to the safety of our communities.”

Matthew D. Orwig, Former United States Attorney, Eastern District of Texas and Former Assistant United States Attorney, Eastern District of Texas: “This tough, smart, fiscally responsible legislation is based on many of the conservative reforms that have proven so effective in dozens of states across the country. State reforms serve as a model for reducing incarceration rates while increasing public safety at the same time.” 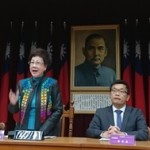