The Foreign Affairs committee of the United States House of Representatives has, on Wednesday, unanimously adopted a bill that would improve the country’s ability to advance global religious freedom.

House Resolution 1150, titled the “Frank R. Wolf International Religious Freedom Act of 2015,” aims to amend the International Religious Freedom Act of 1998. Should it become law, the U.S. would be able to improve its efforts in advancing religious freedom on an international scale by means of “stronger and more flexible political responses to religious freedom violations and violent extremism worldwide,” as well as through better diplomacy, counterterrorism, training, and foreign assistance efforts.

“The bill we passed almost 18 years ago needs to be updated to match the challenges of the 21st century,” said U.S. representative Chris Smith, who authored H.R. 1150. “The world is experiencing an unprecedented crisis of international religious freedom, a crisis that continues to create millions of victims; a crisis that undermines liberty, prosperity and peace; a crisis that poses a direct challenge to the U.S. interests in the Middle East, Russia, China and sub-Saharan Africa.” 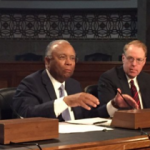 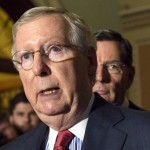