In signing a new anti-terrorism law, Russian President Vladimir Putin could have authority to crack down on non-government-aligned churches, said Archbishop Andrew (Maklakov), administrator of the Russian Orthodox Autonomous Church of America.

The law that Putin signed on July 6 restricts religious proselytizing and imposes heavy fines for doing so.

“As the Russian Federation has drifted back to its Soviet roots more and more over the past 25 years, it has increasingly sought to harass, persecute, and destroy any religious organization that it might consider competition to its own ‘state church,’” the archbishop told The Daily Signal in an email.

This law will almost certainly be part of the U.S. Commission on International Religious Freedom report on countries, said Faith McDonnell, director of religious liberty for The Institute on Religion and Democracy.

“The law doesn’t do that much to defend from terrorism and only prevents Christians and others who are not Orthodox from preaching and proselytizing,” McDonnell told The Daily Signal in a phone interview. “Given all of our complications with Russia, I’m not sure U.S. government or the United Nations will act on what is being sold on the surface as an anti-terrorism bill. … Russia is slipping back to what it was before.”

McDonnell’s organization was part of a coalition from the International Religious Freedom Roundtable that wrote a July 11 letter to Putin, which said the law could violate international treaties:

We are particularly concerned about the amendments that introduce an entire new section to the Religion Law, imposing strict limits on sharing beliefs, including where and who may share them, and increase extremism punishments. … the Yarovaya Law poses threats to the fundamental human rights and freedoms that are guaranteed by Russia’s Constitution and its international human rights obligations.

The fact that so many groups oppose the law shows how extreme it is, said Travis Weber, director of the Center for Religious Liberty at the Family Research Council. 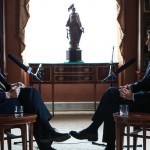 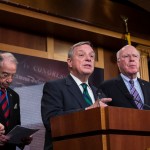