Steve Inskeep: We’re sitting down in the middle of a year in which a lot of people, particularly those involved in politics, have expressed distress, have said that they don’t know their party anymore, don’t know their country anymore. And so I’d like to know: What if anything have you learned about the country from the presidential campaign and the events of this year that you didn’t know?

Paul Ryan: I’ve learned the country is very distressed. I took this job Oct. 29 before the presidential election got started and worked to get our party in the House to agree that we would assemble an agenda to tackle the big problems facing the country, and take it to the country.

Some people have raised questions about that, about whether there’s been a double standard over time. In the ’80s when there was a focus on drugs in the black community, people focused on prisons. Now people are concerned in the white community, and it’s about treatment and public health. What’s happening there? 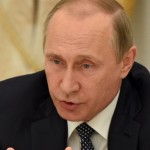