The committee voted 15–5 to move the Sentencing Reform and Corrections Act of 2015 to the floor for a vote. Sens. Ted. Cruz (R-Texas), David Perdue (R-Ga.) and Jeff Sessions (R-Ala.) each offered amendments that were voted down by the committee.

“This bill is a success because it is a compromise,” Sen. Chuck Grassley (R-Iowa), the bill’s lead sponsor, said in his opening remarks. “None of the cosponsors got everything we wanted, but we reached a broad agreement on certain principles.”

Cruz and Perdue offered amendments to strike provisions in the bill that would allow the law to retroactively apply to prisoners now serving time.

But Sen. Mike Lee (R-Utah) said the retroactivity provisions in question are not automatically applied under the legislation.

“We put together this bill that requires a case-by-case analysis, a case-by-case scrutiny by the federal district judge in question and by the prosecutors involved in each case to consider the nature of each offense and the circumstances of each offense,” he said. “Also they will consider the offender’s conduct while in prison and the possible risk posed to public safety by any early release that might occur under these provisions.”

Cruz’s amendment went a step further in proposing to kill the provision that reduces mandatory minimum sentences for those convicted of certain firearm offenses and armed career criminals from 15 to 10 years.

The amendment offered by Sessions would have kept the reduced penalties from applying to any individual convicted of an offense that involves heroin. He called the increased use of the drug a new epidemic.

While Sen. Dick Durbin (D-Ill.) agreed there is a heroin epidemic in the country, he said the reduced mandatory minimum sentences won’t apply to drug traffickers.

“When it comes to kingpins there is no mercy in this bill,” he said. 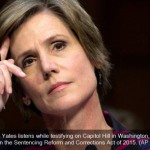 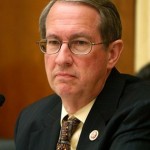