The House Judiciary Committee passed a criminal justice reform bill on Wednesday that would reduce certain mandatory minimum prison sentences to address overcrowding in the federal prison population.
In a voice vote, the committee moved Chairman Bob Goodlatte’s (R-Va.) bill — the Sentencing Reform Act of 2015 — to the full House for consideration.

The bill reduces mandatory minimum sentences for a second serious drug offense from 20 to 15 years and reduces mandatory sentences for a third drug trafficking offense or violent felony from life in prison to 25 years.
While the bill allows the reduced sentencing reforms to apply retroactively to offenders already serving time, Goodlatte said it does not do so blindly.

“The bill excludes from retroactivity any offender who has a prior conviction for a serious violent felony, for which the offender served 13 months or more in prison,” he said.

Offenders who are convicted of trafficking heroin cut with fentanyl or selling fentanyl as heroin, however, would get a minimum of five years added to their sentence under the proposed legislation. The drug is said to be more potent than morphine. Mandatory minimums would also increase from 10 to 15 years for certain firearm offenses and armed career criminals.

Though Conyers said the bill does not include everything he and some of his colleagues had hoped a sentencing reform bill would, it’s a step in the right direction.

The committee did approve an amendment offered by Rep. Jim Sensenbrenner (R-Wis.) to require the Department of Justice and the sentencing commission to update its 2011 mandatory minimum sentencing report. The amendment also expresses that it is the sense of Congress that mental health is a critical component of criminal justice reform.

In offering his support for the amendment, which was authored by Sensenbrenner and Reps. Sheila Jackson Lee (D-Texas), Doug Collins (R-Ga.) and Cedric Richmond (D-La.), Conyers said it’s important for Congress to recognize the need to better integrate mental health treatment as part of its reform efforts.

Rep. Ken Buck (R-Colo.) offered an amendment to exempt heroin users from the legislation, but it was thrown out by the committee. 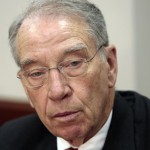 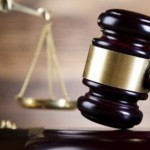