The bipartisan bill, designed to strengthen the U.S. response to religious persecution, could assist the new administration in refocusing America’s foreign-policy priorities.

“This bill is very important, not least because our State Department has been so weak in the area of religious freedom,” said Nina Shea, a leading activist on religious-freedom issues at the Hudson Institute in Washington, D.C.

…Co-sponsored by Rep. Chris Smith, R-N.J., chairman of the House Global Human Rights Subcommittee, and Rep. Anna Eshoo, D-Calif., the new bill is named for Frank Wolf, a recently retired congressman and committed Christian, who was a tireless defender of persecuted religious believers around the globe.

The legislation builds on provisions enacted in the 1998 International Religious Freedom Act, sponsored by Wolf, which made promotion of religious freedom a larger part of stated U.S. foreign policy. 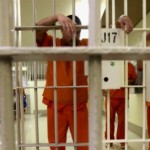