Criminal justice reform has been one of the few policy areas where Republicans and Democrats have forged bipartisan consensus. They have come close to passing reform the past two years, and now it’s up to GOP lawmakers to pick up where they left off.

Leaders as diverse as Sens. Cory Booker (D-N.J.) and Mike Lee (R-Utah) agree that the current system is broken. It’s not hard to see why. Our criminal justice system is the largest and most expensive in the world. Roughly two million individuals are incarcerated in the United States. Yet about half of all federal prisoners are non-violent drug offenders for whom prison may not be the most effective solution.

But for all the people we lock in prison, and all the money we spend to keep them there, we have created a system that too often mandates punishments that in no way fit the crime, prevents people from leading productive lives, and makes communities less safe in the process.

That’s why it’s critical that leaders in Congress take up criminal justice reform. If they focus on six key areas of reform, there’s a real possibility that legislation could pass in both the House and Senate, even with the Senate’s 60-vote threshold, a bar not easily achieved on other issues.

Any one of these reforms would improve our federal justice system – and have a profound effect on our society. Taken together, they will make communities safer, support our brave law enforcement officers, save taxpayer dollars, and empower individuals in need of a second chance. That’s precisely why Republicans and Democrats alike will have a difficult time answering to their constituents if they resist such reforms. Doing so would be a clear political move that overlooks the millions of Americans who would be better off as a result of this bipartisan achievement.

If President-elect Trump and the GOP Congress take up criminal justice reform, it will be a sure sign that they are willing to look beyond party lines in order to improve people’s lives. That would be good start to putting individuals’ safety and wellbeing ahead of partisan politics. 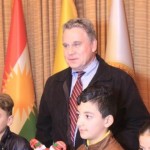 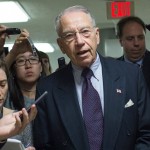