From the European Federation for Freedom or Belief

Practicing What We Preach in Europe

Last 28th of June at Brussels in the premises of the prestigious Solvay Library at the European Parliament the Faith and Freedom Summit 2018 was successfully held.
Speakers and participants from several countries attended a packed one-day conference that covered the many aspects of the protection of freedom of religion and belief in Europe and its challenges in the modern society.

The relevance and importance of this summit was to ponder and focus on the problems experienced by religious and spirituality groups and by their members in Europe with an eye on the obligations on States to promote and implement their freedom of religion and belief in accordance with the international human rights standards.

There have been several speeches and interesting round tables in which eminent scholars, professors, lawyers and activists have masterfully elaborated on issues ranging from the problems experienced by individuals and groups and the activities of NGOs and the initiatives taken by politicians in this field in Europe and the legal implications between law and religion. 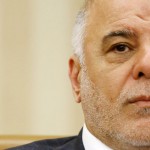