A bipartisan criminal justice overhaul remains stalled in the Senate. But its backers might have found a new argument to break it loose: It would save a significant amount of money.

The Congressional Budget Office, in a new report, estimated that the legislation reducing mandatory minimum sentences would save the federal government $722 million over 10 years, primarily through reduced costs for housing federal prisoners. Spending on social programs to aid those released would rise $251 million over the same period.

“This bill will make our communities stronger and safer, and save taxpayers hundreds of millions of dollars in the process,” Senators Charles E. Grassley, Republican of Iowa, and Richard J. Durbin, Democrat of Illinois, two chief authors of the legislation, said in a joint statement. 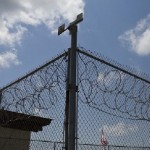