There’s a consensus on policy, but advocates must now convince Senator Mitch McConnell that an election-year push to reduce prison sentences won’t backfire on Republicans.

What will Mitch McConnell do on criminal-justice reform?

The fate of the years-long push to overhaul sentencing laws and federal prisons now rests in the hands of the Senate majority leader, who must decide whether bringing legislation to the floor is worth the election-year risk to a Republican majority that he has vowed to protect. Advocates for reform believe they have finally achieved a rare, bipartisan consensus in both chambers of Congress on most of the policy particulars—reducing mandatory minimums, banning solitary confinement of juveniles, and boosting prisoner re-entry programs, among other things.

Their task now is to convince Republican leaders that acting on a justice bill in the middle of a highly volatile presidential campaign won’t be political suicide. Top officials in the House seem ready to go, but the man on the fence is the famously risk-averse McConnell. “Let’s not miss the forest for the trees here,” said Holly Harris, the executive director for the U.S. Justice Action Network, an umbrella advocacy group. “The big issue is to prove to Leader McConnell that not only are these issues good policies that work and make us safer, but also that they make for good politics.”

Harris’s organization is partnering with conservative and liberal groups, including FreedomWorks and Americans for Tax Reform on the right and the ACLU and the Center for American Progress on the left. She told me the network would be commissioning polls in states with hotly-contested Senate races—think Ohio, New Hampshire, Pennsylvania, and Wisconsin—as part of its lobbying campaign. And this week advocacy groups released a pair of letters signed by nearly 150 current and former law enforcement officials—including two former FBI directors and ex-Attorney General Michael Mukasey—endorsing the Senate’s Sentencing Reform and Corrections Act, part of an effort to build a public bulwark from soft-on-crime attacks on the legislation. Advocates are also armed with positive results of state-level reform efforts in Republican bastions of Texas, South Carolina, Georgia.

After a productive first year as majority leader, McConnell has set modest goals for the Senate in 2016; his priority is to pass a dozen individual spending bills in a bid to return to “regular order” appropriating. Like other Republican leaders, however, he has mentioned criminal-justice reform as one of the few major items that could advance this year, and it was a big topic of discussion at the party’s annual retreat last week in Baltimore. Still, McConnell has been steadfastly noncommittal on whether the bipartisan bill that passed out of the Judiciary Committee last fall would get a full floor vote. “It is an issue our members are discussing, but I don’t have any announcements,” McConnell spokesman Don Stewart said.

The issue that some senators worry could scuttle justice reform before then is the question of criminal intent. Republican legislators like Bob Goodlatte of Virginia, chairman of the House Judiciary Committee, and Senator Orrin Hatch of Utah want any package to include mens rea reform, or changes to the law that would force prosecutors to demonstrate that a defendant knew he was acting wrongfully or committing a crime in order to be found guilty. At a Senate hearing on Wednesday, a senior Justice Department official warned that Hatch’s proposed change would “make prosecutors’ jobs and law enforcement’s job much more difficult.” 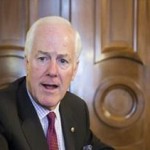 Cornyn a ‘peacemaker’ as GOP rift on criminal justice widens