Washington, D.C.  – The House Judiciary Committee today approved by voice vote the Corrections and Recidivism Reduction Act (H.R. 759) to reform the federal prison system, strengthen public safety, enhance prison security, provide inmates the help they need, and protect civil liberties. This legislation is one of many bills that have been approved by the House Judiciary Committee as part of its bipartisan criminal justice reform initiative.

Below are statements from the authors of the legislation praising today’s Committee approval of the bill.

Chairman Goodlatte: “Today the House Judiciary Committee approved another important component of its bipartisan criminal justice reform initiative. The Corrections and Recidivism Reduction Act makes meaningful reforms to the prison system that strengthen the safety of our communities and provide inmates the help that they need while in prison to help them better reenter society upon their release. I thank the many members that have worked on this bill and look forward to continue working on other issues facing the criminal justice system.”

Ranking Member Conyers: “I am pleased that the Committee has continued its work on criminal justice reform legislation by approving a bipartisan bill to reform our federal prisons. This bill will provide a meaningful opportunity to many offenders to reduce their time in prison through successful participation in various programs that will reduce their risk of recidivism. For too long, our prisons have simply warehoused individuals whom we know will eventually return to society and, for their benefit and ours, it simply makes sense that we provide incentives for prisoners to be better prepared to re-enter and be productive members of their communities. Adoption of this bill by the Committee is a good first step toward making our federal prison system more humane, more effective, and less costly.  I look forward to House consideration of this and other criminal justice reform bills.”

Rep. Chaffetz: “It is not enough to be tough on crime. We have to be smart on crime. More than 95 percent of people that go to prison will be released. Our collective goal should be to lower the recidivism rates and prepare inmates to integrate back into our communities. We all benefit if inmates gain marketable skills rather than criminal insights during their sentence. This legislation will facilitate integration while saving taxpayers money.”

Crime Subcommittee Ranking Member Jackson Lee: “Recidivism is a multi-tiered problem with no easy answer. The legislation passed by the committee today is an excellent first step in the direction to helping former inmates. The bill reflects many of the provisions that I fought for including parenting skills and re-entry plans to name a few. Many factors go into a former inmate’s decision to re-offend after release. It is important to note, however, that there have been many studies showing prison programs systems which provide institutional programming have lower recidivism rates among those who are released. Prison programs such as anger management, vocational skills training, educational opportunities, and even trauma support groups are vital to ensuring inmates who are reintroduced to the general population have the life skills necessary to stay on the right path. I look forward to this bill passing the House and going to the President’s desk for his signature.”

Crime Subcommittee Chairman Sensenbrenner: “The Corrections and Recidivism Reduction Act is an important component of our broad criminal justice reform efforts. Ensuring prisoners make a smooth transition from incarceration back into the population is imperative for strong families, strong communities, and long-term success. This bill will reduce the amount of taxpayer money spent on our broken federal prison system, make neighborhoods safer, and provide individuals with the tools they need to stay out of prison and be productive members of society.”

Rep. Richmond: “Being serious about reducing the prison population starts with making the necessary investment to rehabilitate and prepare inmates to lead productive lives once they return home. Increasing access to proven recidivism risk reduction programs will equip them with life skills that help keep ex-offenders from falling back into the same bad choices that landed them in prison in the first place. I’m proud to join my colleagues in getting the federal government out of the business of warehousing inmates and into the business of reforming and rehabilitating people.”

Rep. Collins: “Reducing the likelihood of recidivism through these reforms will be a step toward ending the vicious cycle in which so many former inmates find themselves trapped. The transforming power of a second chance is something I have seen during my time in the ministry. Giving qualified, low-risk offenders increased access to rehabilitative programs during and after their sentences will ultimately help lead them to live productive lives outside prison and increase public safety. This legislation also includes a provision that I co-authored to protect the fundamental right of attorney-client privilege by ensuring that electronic communications are treated the same way as other forms of privileged communication between an inmate and their legal representative. I believe all Americans have a right to legal representation, and interfering with that would be a violation of their Constitutional rights. These common sense reforms will save taxpayers money, while making our criminal justice system more effective.”

Rep. Jeffries: “We have a badly broken criminal justice system in America that has decimated countless families and wasted millions of taxpayer dollars. This bill is a significant first step in the right direction with respect to encouraging rehabilitation, promoting successful re-entry and improving the efficient administration of government funding. The country will be a better place when this legislation is enacted into law.”

Rep. Gowdy: “H.R. 759 is an important step toward creating a smarter and more effective federal prison system. It incentivizes individuals to take steps to reduce their risk of ending up back in federal prison while implementing new policies to enhance public safety and prison security. It also protects inmates’ civil liberties by respecting attorney-client privilege in electronic communications. I thank my colleagues for their hard work on this bipartisan legislation and look forward to continuing to work with them to improve our federal prison system.”

Rep. Bass: “Restraining pregnant inmates, especially when they are giving birth, is barbaric. It is ludicrous to think that a woman prisoner giving birth would be at risk of escaping. I am glad that the final bill contains language that I authored that will prevent women prisoners from being restrained unnecessarily while they are pregnant or giving birth. Several states have already outlawed this practice, and the federal government should as well.”

Provide Inmates the Help They Need: 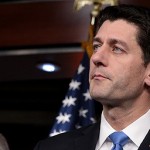