What is the Frank Wolf International Religious Freedom Act?

While the so-called Islamic State has dominated the press with particularly gruesome and genocidal acts against Christians, Yazidis and Shia Muslims, people of all faiths (and of no faith) are suffering somewhere, in some capacity, around the globe:

Apostasy and blasphemy laws are routinely used across the Middle East and North Africa to intimidate and punish those who would leave Islam. Baha’i are still programmatically threatened by the Iranian regime, accused of apostasy from Islam. Elements of the Turkish security apparatus are capitalizing on the post-coup instability to jail and intimidate members of minority faiths as enemies of the state. – Three Ways the 45th President Can Advance International Religious Freedom

In light of this reality, Travis Wussow and I recently provided three recommendations (prior to the election) for how the 45th president might advance international religious freedom, or “IRF” for brevity. One of the three recommendations to President-elect Trump includes ratification of H.R. 1150, the Frank Wolf International Religious Freedom Act. But what is H.R. 1150, and what would it do?

Why should we care? 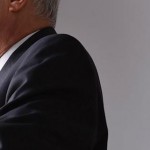 The advocate
A true purple moment