Legislation expanding the 2012 U.S. Magnitsky human rights act from Russian citizens to cover abusers in any country passed the U.S. Senate on Thursday as part of an annual defense policy bill, leaving the landmark measure on the verge of becoming law.

The legislation was included in the must-pass National Defense Authorization Act, or NDAA, setting policy for the Department of Defense, despite the recent election of Republican Donald Trump as the U.S. president.

Trump has signaled a softer line against Russia, which vehemently opposes the original Sergei Magnitsky Rule of Law Accountability Act, and its expansion.

The Magnitsky Act imposed visa bans and asset freezes on Russian officials linked to the 2009 death in prison of Sergei Magnitsky, a 37-year-old Russian whistleblower.

Backers of the bill have pushed for years to expand its impact to every country, and to make “significant” acts of corruption sanctionable offenses.

The House of Representatives passed the National Defense Authorization Act, or NDAA, by an overwhelming margin on Dec. 2. The Senate vote sends the measure, including Global Magnitsky, to the White House for President Barack Obama to veto or sign into law. 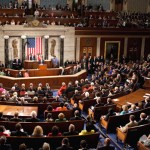