The Sentencing Reform Act of 2015 reduces certain mandatory minimums for drug offenses, reduces the three-strike mandatory life sentence to 25 years, broadens the existing safety valve for low-level drug offenders, and provides judges with greater discretion in determining appropriate sentences while ensuring that serious violent felons do not get out early. The bill also contains sentencing enhancements for Fentanyl trafficking, a highly addictive and deadly drug that is becoming a growing epidemic in the United States.

The Sentencing Reform Act of 2015 is the first bill that is a result of the House Judiciary Committee’s criminal justice reform initiative. The Committee continues to work on additional bills that address other aspects of our criminal justice system, including over-criminalization, prison and reentry reform – including youth and juvenile justice issues – improved criminal procedures and policing strategies, and civil asset forfeiture reform. The Committee will roll out more bills addressing these topics over the coming weeks.

Below are statements from the authors of this bipartisan legislation.

Chairman Goodlatte: “The House Judiciary Committee has been hard at work on a number of bills to improve our nation’s criminal justice system and I am pleased that we have reached a bipartisan solution to reform federal sentencing requirements. The Sentencing Reform Act makes commonsense changes to the front-end of the criminal justice system to ensure our federal laws effectively and appropriately punish wrongdoers, work as efficiently and fairly as possible, and do not waste taxpayer dollars. It also ensures that serious violent criminals serve the full time for their crimes in prison. The House Judiciary Committee plans to move this legislation soon and will roll out additional criminal justice reform bills over the coming weeks.”

Ranking Member Conyers: “Sentencing reform is a critical issue impacting the lives of thousands of our citizens, and its urgency requires bipartisan cooperation.  That is why I am pleased to join Chairman Goodlatte, my colleague Crime Subcommittee Ranking Member Sheila Jackson Lee and others in introducing a bill that will provide significant reforms, allowing many offenders expanded opportunities under safety valves to be sentenced below mandatory minimums, providing retroactivity for the decreased crack cocaine penalties under the Fair Sentencing Act, and reducing the mandatory minimum sentences for many recidivist provisions in the federal code.

“The Sentencing Reform Act represents meaningful improvements that will make a real difference in the lives of many people as well as their families and communities. The bill is substantially similar to the sentencing provisions included in the recently-introduced Senate bill, which is the product of similar bipartisan efforts by Senators Chuck Grassley, Patrick Leahy, Dick Durbin, Cory Booker, Mike Lee and others.  I am confident that we can all work together to move legislation through Congress and get it to the President’s desk for signature.”

Crime Subcommittee Ranking Member Jackson Lee: “The injustices of our criminal justice system are very well known and the solutions are rather common sense and straight forward. This bill lowers many mandatory minimum recidivist penalties, expands the existing safety valve and adds a second safety valve to provide greater relief to the individuals most deserving. In doing this, we recognize that locking people up for decades and decades does not work.

“This bill also applies the Fair Sentencing Act retroactively and, in doing so, makes very clear that those who only received a partial benefit under the Sentencing Guidelines can now come back to get the full benefit. On its own, this reform will help over 6,000 inmates – about 85% are African American – and brings us one step closer to rectifying this fundamental injustice. Importantly, this legislation does not contain new mandatory minimums as that would be the antithesis of reform.

“Finally, with this bill, we clearly state that we must work together, all sides, in order to get something to the President. By working with Chairman Goodlatte, Mr. Conyers and I feel that we are putting forth an effort that has the best possible chance of getting the President’s signature and providing long overdue and much needed relief.

“I look forward to continuing this collaboration as we move this and other bipartisan legislation, including my youth incarceration reform bills, towards enactment into law.”

Congressman Labrador: “I continue to be encouraged by the momentum building for criminal justice reform, particularly on sentencing.  I have long advocated for reducing sentences and expanding on previous measures such as the Fair Sentencing Act.

“This bipartisan compromise will improve our justice system by providing tough punishment for the most serious offenders, while reducing sentences for those worthy of a second chance. This bill promises a more just society and I am proud to join the effort.”

Congressman Bishop: “As a former prosecutor and a member of this committee, one of my first actions in Congress was to meet with members of the criminal justice community to learn about issues impacting Michigan’s Eighth District. I’m proud to be a co-sponsor of this fiscally and socially responsible legislation that not only protects our communities from violent criminal offenders, but also provides flexible sentencing for those who deserve it. I am also optimistic about the reforms made to address America’s growing heroin epidemic, which is destroying families and young lives across this nation.”

Congresswoman Chu: “I am honored to be part of this historic bipartisan effort to restore fairness to our criminal justice system and give entire communities relief. The United States has 5% of the world population, but 25% of its prisoners. This is particularly disconcerting when you learn that a majority of federal inmates are non-violent drug offenders. I know from my time as a drug counselor that many of these individuals are better off with rehabilitation, not longer prison sentences under the mandatory minimums we currently have. This bill attempts to fix this by cutting back mandatory minimums so they apply more fairly and ensuring offenders with minor criminal histories or who were minor actors aren’t disproportionately sentenced for their crimes. I look forward to working with my colleagues in the House Judiciary Committee on this historic bill, and look forward to seeing it become a new model for America.” 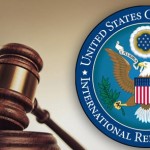 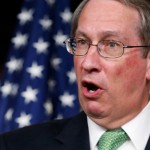